If you don’t know what Yacht Week is then look it up. This was my third trip to Croatia, the first being a 5 day stop during interailling, the second was 4 years ago on my first holiday with Tom where we first got a taste of Yacht Week and finally got a group together to do it. We took the Red route in Croatia which I would highly recommend.

We arrived in Seget marina near Trogir on the Saturday afternoon (all flying from different places so came at different times of day). We met our skipper Toni (who had just come from his 10th week in a row of sailing and partying), got our passes, packed up our trolley and headed for the boat. 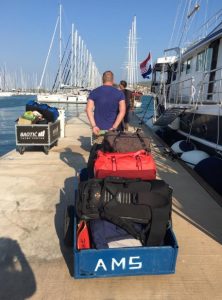 The first night we stayed docked up at the marina but went out to the first party of the week in a castle ruin in Trogir. This was also a great chance to meet other people on boats next to us before we set sail. 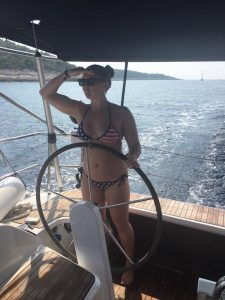 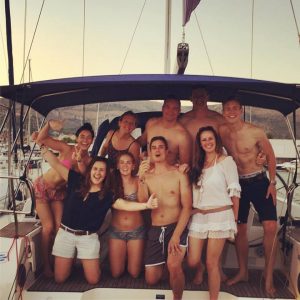 Our boat included myself and Tom, his friend Marbles and his fiance Sharon, Marbles brother Tim, my friend Claire and Tom’s friend Pringle as well as 2 new friends we picked up on Crewfinder called Tracey and El. Who were amazing! 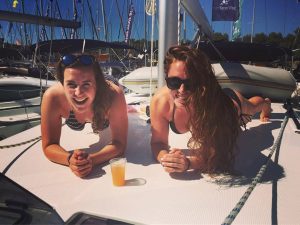 If you are worried about doing Yacht week with a pile of random people, don’t be, we met so many people who were an extra on people’s boats and they had an amazing week. 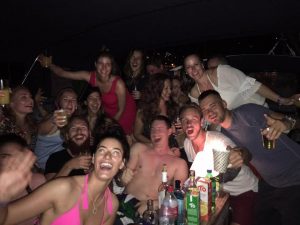 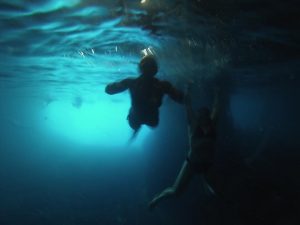 We then rafted up in circle for the raft party. Basically an all day party in the sea. 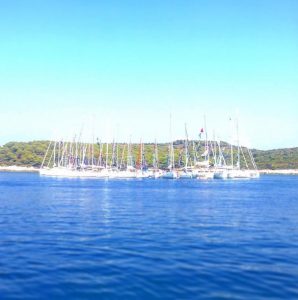 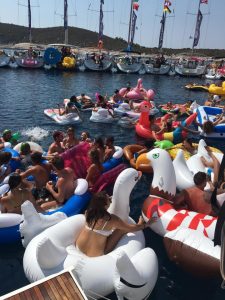 Some of the floats were hilarious… 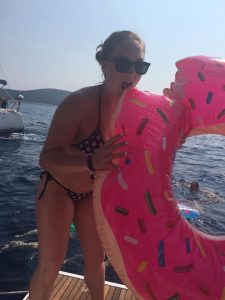 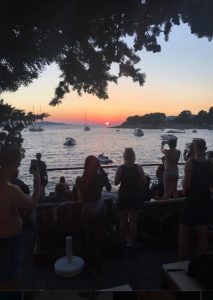 We got a speed taxi boat (very James Bond) to the Island of Hvar where we watched the most incredible sunset over a cold prosecco.

Day 3 – We had a day docked up at the marina where we went to the beach on the island of Parmagana then went to the white party at carpe diem Island. 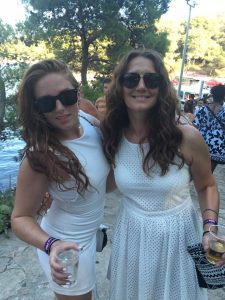 The island is used solely for Yacht Week so you can stroll from bar to bar and dance away beside the sea. We even went for a cheeky swim in one of the bar pools. 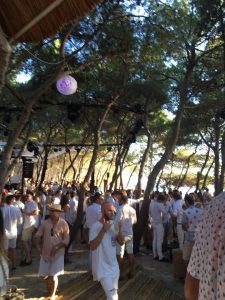 We finished the night off with a lobster dinner in Hvar.

We sailed to Vis and went for a swim in the sea. 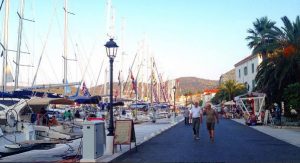 Vis may have overtaken my favourite place in the world which used to be Hvar. It is a quaint village island with lovely restaurants, the people are so friendly and there are lots of local artists and shops. 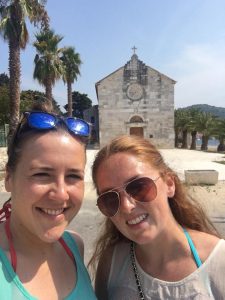 We decided to see some “culture” while we were on Vis so walked to a church and took of photo…we swiftly went back to swimming in the sea and drinking prosecco when we realised it was 38 degrees. 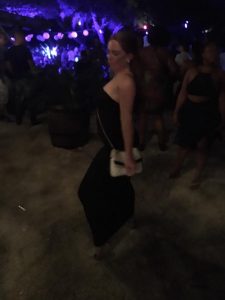 That night we went to the party at Fort George, an old Castle ruin which was just stunning. This is an action shot of me trying to look like Beyonce…Again.

Day 5 – Middle of nowhere raft up 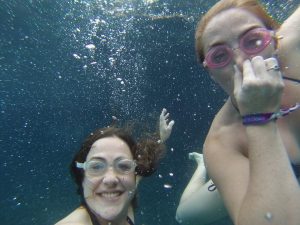 We were all feeling a little “seasick” by this point in the week so thought a good time to get the union jack one piece on. 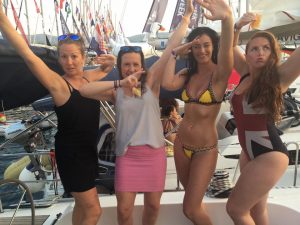 Day 6 – Sailed back to Sedet marina 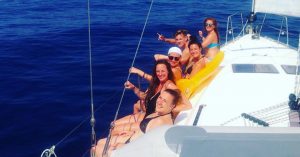 We had an amazing full day of sailing back to the marina. It was a little choppy but managed to catch a nice picture of all of us sitting upright before we lost parts of the boat trying to tack our way home.

We had a final lovely dinner in Trogir and attempted a wild night out in Split but failed and went back to a lovely square for our final farewell toast.

Day 7 – cried all the way home 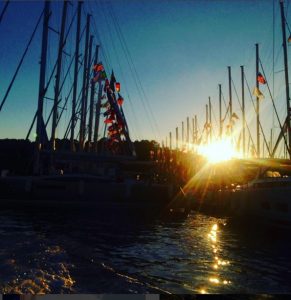 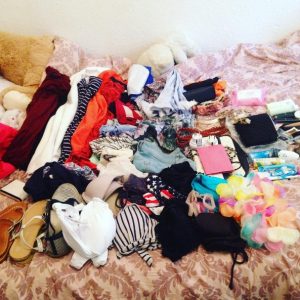 in lifestyle and travel 0 comments